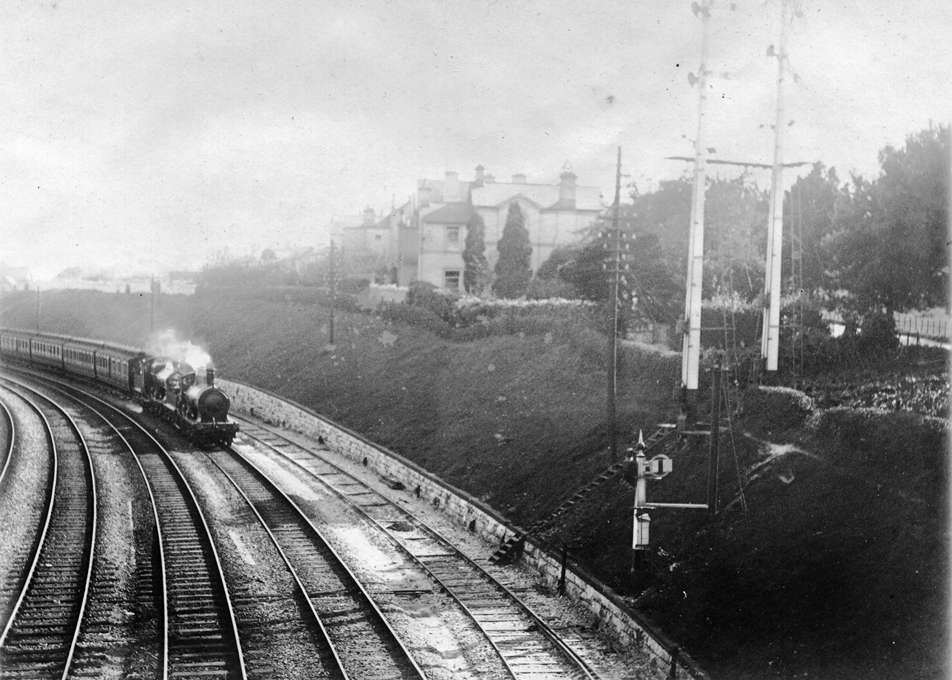 Possible "Royal Train" looking west from Station Bridge, Newton Abbot - Autumn 1901. This photo of the train entering Newton is very interesting. It is pulled by Duke and Camel class locos (4-4-0s), probably coming from Plymouth. Above the tender of the Duke, can be seen what looks like a crown on the smoke box front of the Camel, which suggests a possible Royal Train. However, the coaches are a Dean clerestory rake and not the Royal Train coaches that were in use in 1902. Also of interest is the "baulk road" siding to the right of the train. The baulk road system went out of use after the conversion of the broad gauge in 1892.
Displaying photo 3 of 5
« Previous Photo Next Photo »
Back To Gallery Page